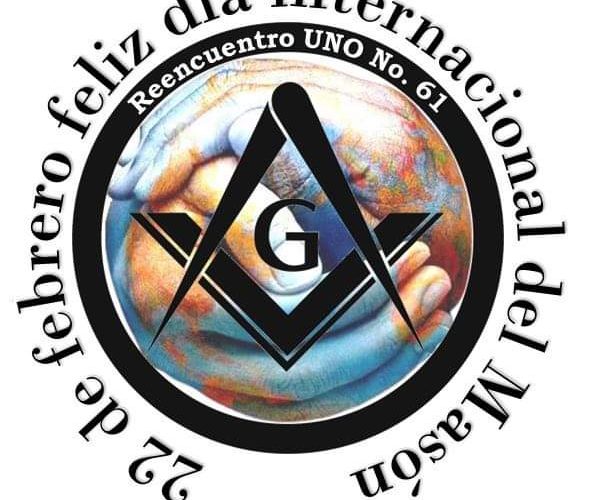 Not only the non-“insiders” but also many Freemasons will be surprised to learn that today, February 22, in many parts of the world is celebrated the “International Day of the Freemason”, an anniversary born in 1994 in memory of the birth of George Washington , Freemason and first President of the United States of America.

The detractors of Freemasonry will perhaps turn up their noses at this news, yet they should know that the perception of Freemasonry in the public opinion of many countries abroad is quite different from the one widespread, unfortunately, in our country.

Just think of Great Britain, where Freemasonry is considered an ancient and noble institution aimed at the common good, so much so that for a centuries-old tradition the Grand Master must be a member of the royal family (today it is the Duke of Kent, cousin of Queen Elizabeth ). Or think of France, where Freemasonry is considered by all to be a bulwark in defense of free thought and republican democracy. Or think of the United States of America, where belonging to a masonic lodge is considered by most to be a merit and an honor.

Even in small Cuba, the Castro regime immediately respected the local Freemasonry, so much so that the Cuban Masonic lodges, after the revolution, were able to continue their activities without any restrictions, because they were considered useful to society and the common good. And so in many other countries.

In Italy, on the other hand, Freemasonry is viewed with suspicion, and hindered, so much to prohibit access to Masonic lodges for various categories of public employees, and members of parties, with rules of dubious constitutionality. Often Freemasonry is the subject of ferocious attacks by its detractors, and it is frequently associated with the underworld, and even accused of collusion with criminal organizations, as if they needed Freemasonry to conduct their shady business.

The reasons for this negative view are many. Partly historical, partly cultural, partly ideological. We do not want to go into long discussions of facts, events and circumstances that led to the development of anti-Masonic sentiment: there are interesting essays available for those who want to deepen (see: L. Pruneti – “La Sinagoga di Satana – Storia dell’antimassoneria” – Ed. Giuseppe Laterza).

Let us remember, however, that Freemasonry, which has freedom of thought among its fundamental principles, has always been opposed, and even persecuted, by all dictatorial regimes of any kind. Even today, those who want to impose a “pensée unique” oppose Freemasonry, giving reasons that are based on the distortion of facts and on prejudice.

However, we must recognize that even Freemasonry has its faults, having sometimes not been able to recognize in time and remove some members who, once admitted in the lodge, have tried to exploit the friendship with other members for their own personal purposes, sometimes quite unfair. Unfortunately, impostors and braggarts of small and large cabotage have always been present in social organizations, and Freemasonry is not exempt from this risk. The behavior of these fellows has damaged and damages the image of Freemasonry, and serious and regularly constituted Masonic organizations also suffer the consequences, those whose sole purpose is to educate, through the practice of rituals, to tolerance, to respect for the opinion of others, and solidarity towards others, to favor the exchange of ideas and mutual knowledge between members, and to offer its members a path of study and research in the field of symbolism and hermetic tradition.

The serious Freemasonry, the true one, does not deserve to be looked upon with suspicion; on the contrary, as it happens in other countries, Freemasonry should be considered an ancient and meritorious organization, whose members, in the difficult moments of our country’s history, have kept alive the principles that are the basis of civil society and of our Republic.

Right in memory of all those who, joining a Masonic lodge with conviction and embracing its principles, have worked for the common good, we too, the Grand Liberal Lodge of Italy, together with many other Grand Lodges and Grand Orients in the world, want to remember and celebrate today the International Day of the Freemason.