WHEN HUMAN LIFE IS WORTH ZERO 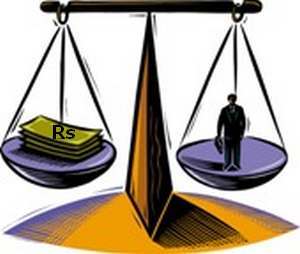 All of us of the Grand Liberal Lodge, like all Italians, are shocked and deeply saddened by the tragedy of Mottarone, for those fourteen victims who, by a tragic fatality, combined with an absurd superficiality of the operators, lost their lives.

This forces us to dwell on the scarce attention to the value of human life, which should instead be the first foundation in a civil society.

WHEN HUMAN LIFE IS WORTH ZERO (by the Grand Orator of the G.L.L.I.)

During a trip to Mexico I happened to find myself on a very dangerous stretch of state road (the famous “Pan-American”) where, at the level of a pedestrian crossing, marked by stripes and protected by a large artificial hump, numerous fatal accidents occurred due to the high speed of the passing vehicles which almost never respected the clearly visible limit. I asked our local guide why this was happening. With a certain air of resignation he replied: “A person’s life is of little value to us”. The exact same answer I had in New Delhi when I realized the crazy way of driving of the inhabitants of that metropolis. On the strength of these two experiences, I was not surprised by the little message sent to me by a dear friend, professor of a well-known classical high school, commenting on the tragic death of fourteen people on the Mottarone cable car, which quoted a famous verse from the Aeneid (3, 56 -57): “Quid non mortalia pectora cogis / Auri sacra fames” ( Oh miserable greed for gold, what you do not move out from mortal breasts!).

The above are absolutely different cases, but they share an identical evil drive expressed by those who take the life of other people even if the latter are only to blame for existing. They, in fact, justify their insane actions starting from the consideration that the value of a human life is equivalent to “zero”. In the “street killings” we are faced with a pathological form of selfishness. Your right to “run” involves a risk for “others” that is still worth facing because, after all, the life of everyone, victim or guilty, is not worth much. Today it was their turn, tomorrow it could happen to me. The case cited by Virgil stems from a spiral of revenge that involves several subjects: Polidoro, son of Priam and Hecuba, murdered out of greed by the king of the Thracians Polimestore, the queen Hecuba who takes revenge on the murderous monarch by killing his two sons and blinding him. In this case, the victims themselves become executioners and the murder of the two young princes is considered plausible in order to obtain summary justice.

In both cases, Evil triumphs over Good and reveals its ability to wear different masks to justify heinous actions: the mask of “nihilistic selfishness”, the mask of “greed”, the mask of “revenge”. In the tragic case of the Mottarone cable car, evil presents itself in its most banal and treacherous guise. Doing good for themselves in economic terms – a little more income, moreover at a time marked by the financial crisis generated by the “lockdown” – for the alleged culprits it may be worth the slightest risk (by removing the safety brake to mask the malfunction of the cable car) to carry out a massacre of innocents. If the angle that forms between economic gain (minimum benefit for oneself) and possible multiple murder, consequent to absurd manipulation (maximum possible negative effect for others), reaches the extreme limit we can see the tragic overlap between Evil and Stupidity.

These facts remind us of the “cursed” lineage of denial historians, lovers of “zero value”, or those who try to deny the brutality of the Holocaust by questioning the number of victims of concentration camps as if there was a significant difference between six million dead or five or four or even one! The same was done to justify the horror of the Foibe. “Not ten thousand or fifteen thousand! At most there were a thousand, all fascist fanatics! “Some said, forgetting that among the many innocent victims there were many boys and girls, women and the elderly, guilty only of being Italians. It is really true that every season of life, every region of the world, every moment of history has the misfortune of welcoming people who are stupid and wicked at the same time. The “banality of evil” is an enemy against which we will always have to equip ourselves to fight it or, at least, to prevent its most harmful and deleterious effects.