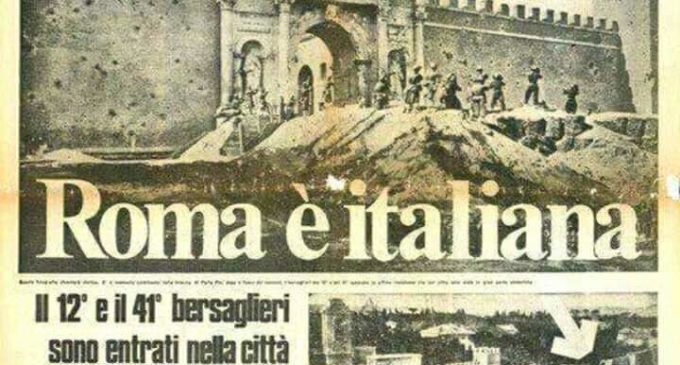 There are now very few institutions and organizations that celebrate the anniversary of 20th September 1870. If they do it, they do it quietly. Yet it is an important event, a fundamental moment in the history of Italy, which saw the definitive unification of the Country with the annexation of Lazio and the subsequent proclamation of Rome as the State Capital. In spite of this, it seems as if someone is ashamed to publicly remember this date, for fear of “upsetting” the minds of those who, in some political and ecclesiastical circles, believe that it was wrong to deprive the Catholic Church of its temporal power.

It seems that the fundamentals of a free, democratic and inclusive State are forgotten, in which secularism is at the fore, together with freedom of religion, without the latter affecting the lives of citizens, if not for free personal choice.

After all, the Church should also remember this date and celebrate it, for having rediscovered, albeit forcibly, its own role as a spiritual guide, an example of an existence based on the sound principles of peace and universal brotherhood, rather than the exercise of earthly power, which very often led its executors to deviate from Christ’s message.

It is for these values, in respect of everyone’s freedom, that the Grand Liberal Lodge, like many other Italian Masonic Communities, will remember and celebrate the 20th September 1870 in its ceremonies for the resumption of the Ritual Work after the summer break.