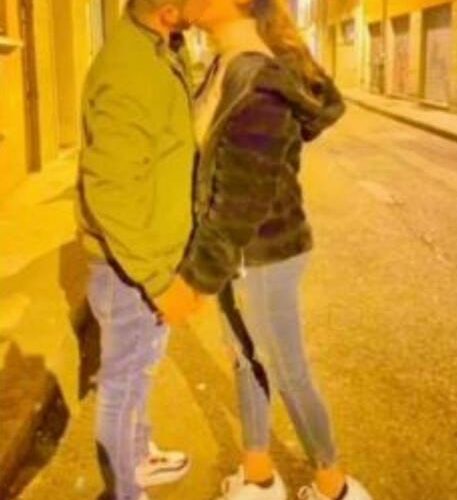 The news of the last few days forces us to go back to the case of the young Saman Abbas, murdered by her own family members with the accusation of having “dishonored” them. In a wiretapping the girl’s father, still a fugitive in his country of origin and protected by a network of silence, in fact admitted that he had ordered her killing, justifying it with the “dishonor” that he would have thrown on the family after having entered into a relationship with one of her peers – even kissing him on the street – while her parents had “arranged” for her the marriage with one of her compatriots. This disturbing information was followed by a confession from his uncle with chilling details on the methods of murder and concealment of the corpse, thrown to pieces in the river. We all could see the photo that portrays the tender embrace of the two lovers. A snapshot that, due to its candidly romantic aura, only arouses tenderness in the eyes of anyone who is immune from prejudices based on ignorance and rancor dictated by arrogant anaffection.

In some realities, in which cultural backwardness dominates, the belief survives that parents have only rights – among them that of killing their children to safeguard “honor” – and not, above all, duties including those of loving, protecting and respecting the human beings they have generated. A misrepresented “globalist” view of the world pushes some people to shrug in the face of these atrocious facts, strong in the belief that all “cultures” must be respected. In civilized Britain, the “ghetto” decision has been reached that self-styled Sharia courts can deal with “religious” crimes committed by the faithful to Islam. Faced with such decisions, Pontius Pilate comes to mind in the act of washing his hands.

The great philosopher Arthur Schopenhauer stated that honour represents external conscience while conscience is identified with internal honour. We cannot speak of honour if we do not consider this ambivalence. We ask ourselves: what is the sense of an “honour” that does not involve a careful introspective evaluation? “Never do to others what you would not want them to do to you” is a “golden rule” that has universal value. “Thou shalt not kill” is a commandment recognized by all monotheistic religions. We are convinced that the vast majority of Muslims share and apply these principles. For this reason, we expect that cruel and blasphemous father to soon join his relatives already in prison, awaiting trial. In recent days, over seventy young people (mostly women, but also children and men) have been killed by the self-styled “moral police” in Iran because they protested the killing of a girl who wore a veil in a non-compliant way. We would not want the 21st century, already the bearer of absurd wars, pandemic diseases and natural disasters, to add the impiety of bloody theocracies to the already rich and tragic catalogue of disasters. In Italy, in the last century, the “honour crime” was still contemplated. Abolishing it was an act of civilization. We cannot and must not move back even one millimetre. The rights of the person are sacred and inviolable. The perpetrators of the murder of dear Saman deserve exemplary punishment.